A client ask us to design and build a conveyor line.  Two food containers, joined in the initial cooking process, must be cut, leaving two containers.  Once cut, the containers must be forced into one line or row on the conveyor line, then residual moisture removed, then turned to be presented sideways for an x-ray unit.  The unit was designed in house.  After reviewing the plans for the conveyor unit an order was received on December 1, 2014.  The unit was delivered on 2/27/15. 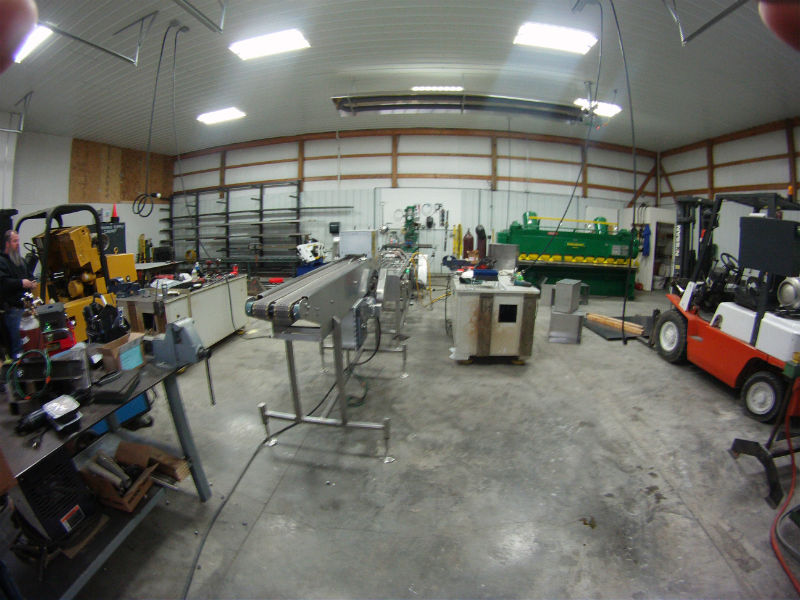 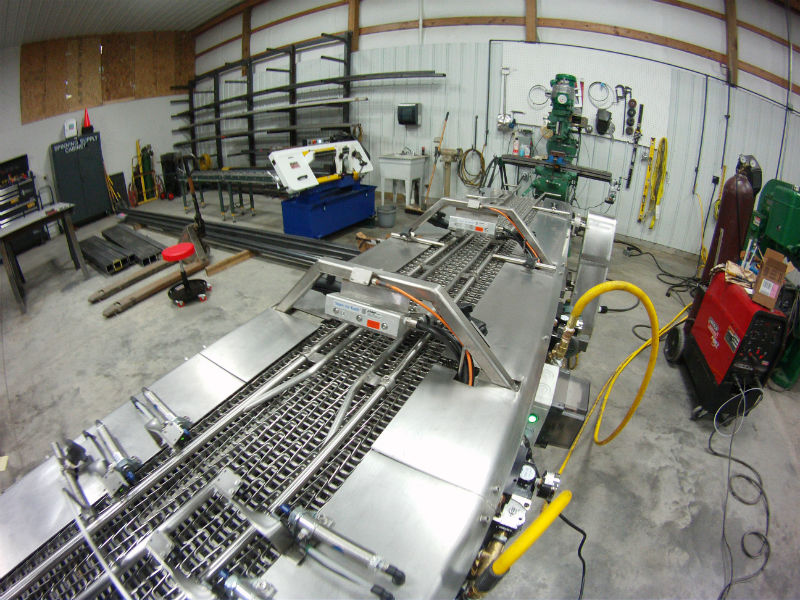 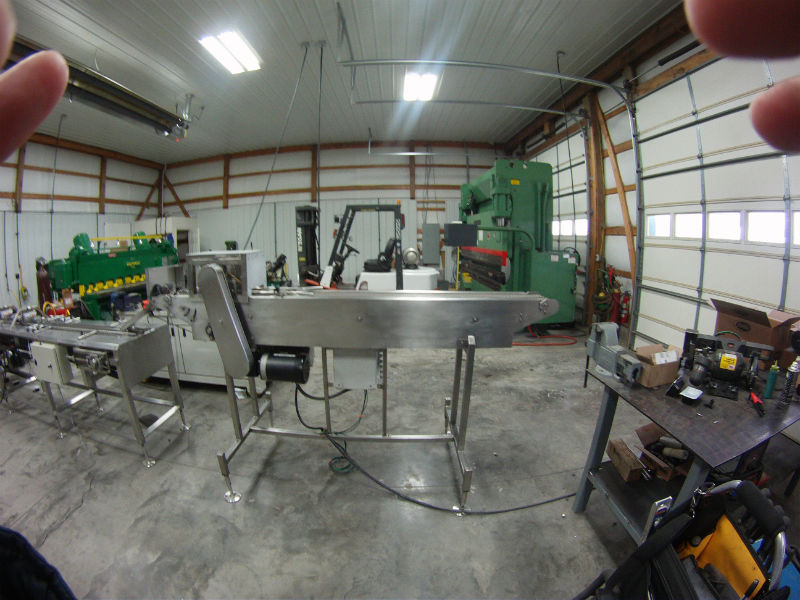